As promised, I thought I’d do another update on my charity shop purchases and days out. This week, there weren’t really that many. I didn’t do much on the Saturday. in fact the only place I went, was to Tesco to pick up a ready-cooked chicken, Therefore the rest of the day was spent with my face covered in the product of the rotisserie oven. Not much happening there.

Sunday was different, however.  There was a record fair in Durham… I’d remembered about it only a couple of days before, and Chris offered to give me a lift there. Woo, and indeed hoo.

The Durham record fair is never a big affair. I think I’ve mentioned about it before, there’s just a small section of a sports hall that’s netted off, while the rest of the place still is still used for badminton…

There was one stall that had quite a few boxes singles on it, at £1 each. It’s more than I normally like to pay for a single, but well, I thought I’m only here once, and there were some classics in there, such as Trevor and Simon (yes, THAT Trevor and Simon) covering a Donovan song (can’t remember which one off the top of my head) “Sky High” by Jigsaw… “I was made for Dancing” by Leif Garrett, and a couple of others that don’t spring to mind. I might edit this into a list later on… If there’s no list, then I couldn’t  be bothered. (EDIT: I couldn’t be bothered)

The Jigsaw and Leif Garrett songs are ones I’ve only just became familiar with in the last 6 months, thanks to an online “radio station” that I listen to quite regularly. Surprised I didn’t know them, as they were relatively big hits, reaching no. 4 and no. 9 respectively.

Also picked up another copy of the “Auf Weidersehen Pet” series 1 soundtrack. This wasn’t the one I had on tape as a kid, but instead contains the incidental music from the program. Been after a cleaner copy of “The Fire” from the final episode where the “hut borns doon”

So, onto Durham itself. This was a warm, if overcast Autumn day. There were only two charity shops open, so I think we only spent about half an hour there. I didn’t end up getting anything from there, except for a nice photo or two. 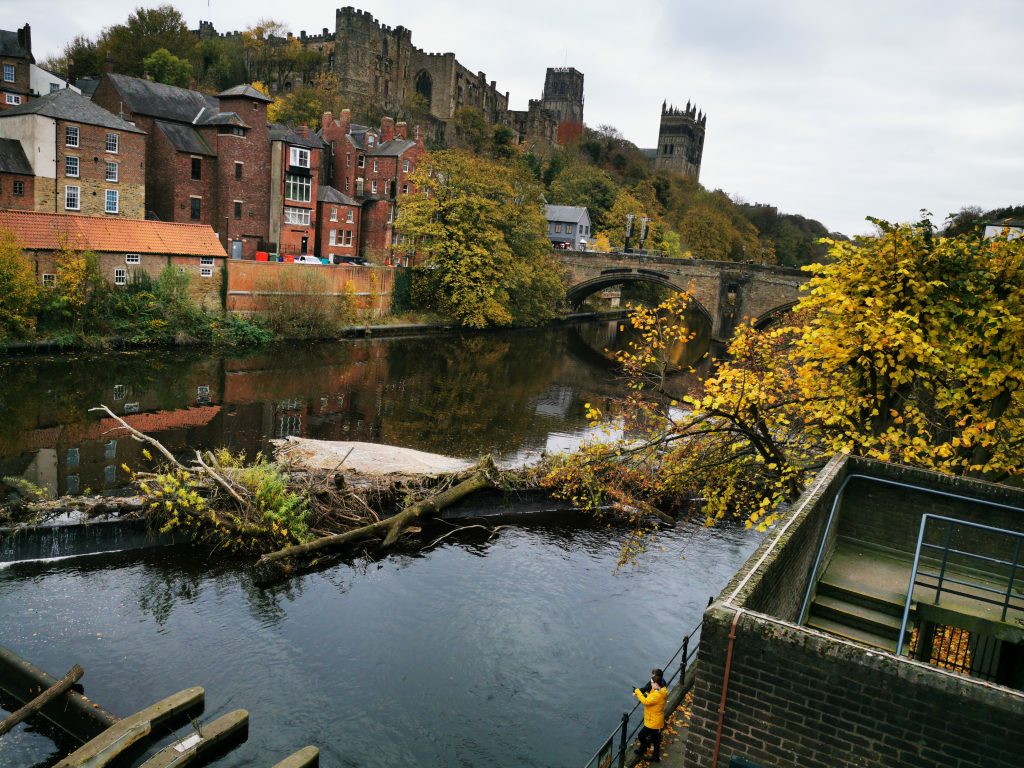 It was still incredibly early at that point, so on the way back, we made a detour to Peterlee. Despite being only a small town, it has its fair share of charity shops. There’s a huge Sue Ryder shop there. It’s pretty expensive too, so once again, I came out empty handed. There’s a large “Home Bargains” store next door, and I managed to pick up 5 of these for a quid. 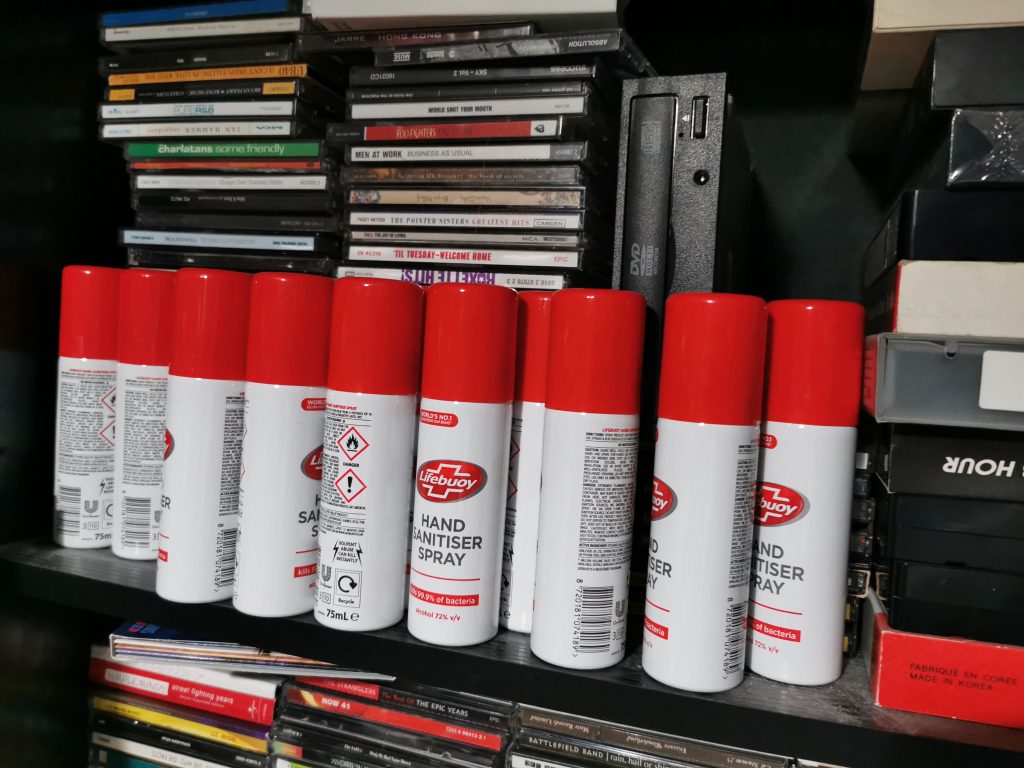 You might notice there’s slightly more than 5 there. Turns out they’re absolutely brilliant for cleaning the muck, mould, shite and usually, for some unknown reason, dried blood, off the CDs that come from the charity shops. In fact, they’re so good, I went to the Hartlepool shop and picked up another 10 cans, and I might pick up more tomorrow. For that price, you literally can’t go wrong, and I’ll always need CD cleaning products.

Onto the main shopping precinct in Peterlee. It’s a depressing sight. This shop (which, until a couple of months ago used to be a British Heart Foundation) pretty much says it all. 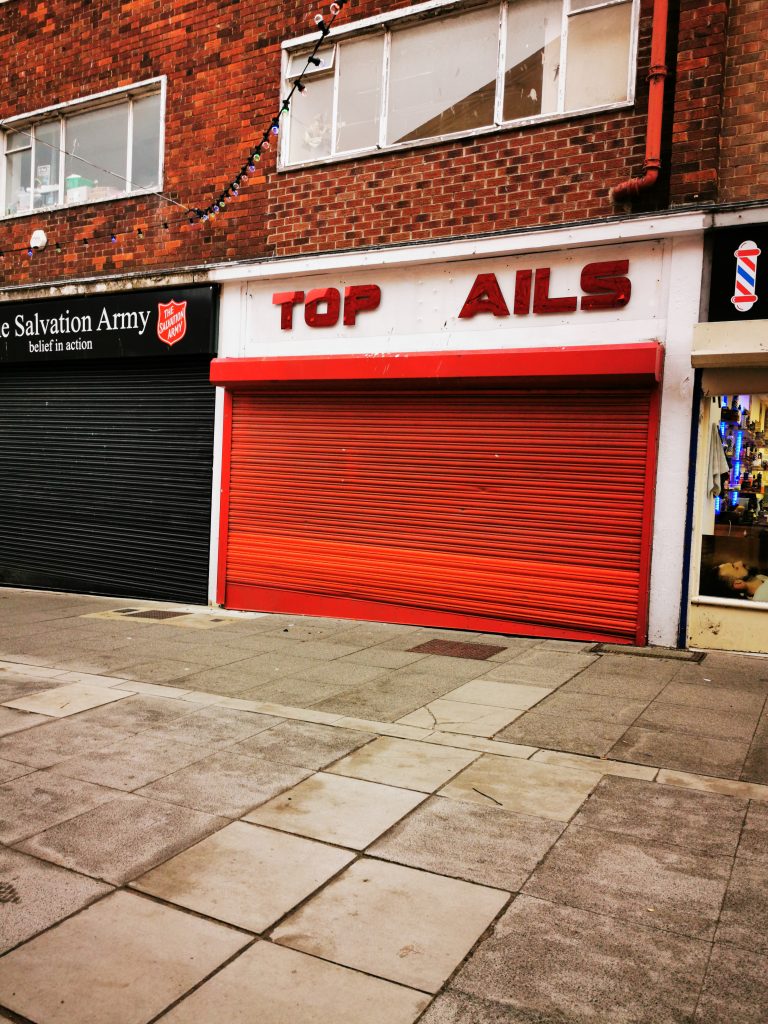 I did notice that there’s a “Farplace” charity shop opened there too, which is great – they’re rapidly becoming my favourite chain of shops. It was closed, however, so I might have to make a detour there at some point.

The YMCA was open here, and I picked out a few singles from this batch. They were very well thumbed, and the covers were all an absolute state, but the vinyl itself didn’t look too bad. 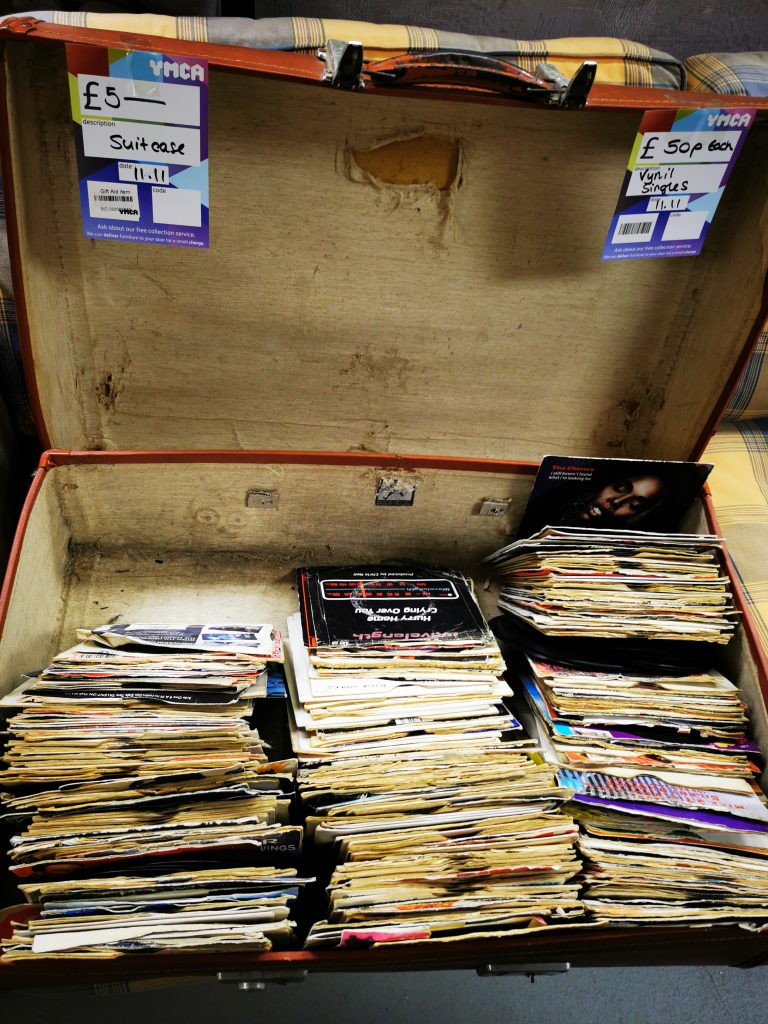 Last stop in Peterlee was the “other” British Heart Foundation… Now, Peterlee is the same as most towns… Or at least it was. Two BHF stores. One that sells your standard charity shop clothes and bric-a-brac, and another, often much larger one that sells furniture only. Now, probably because the smaller shop had closed down, this larger shop had a very small selection of CDs. They had £1 stickers on, but the bloke out the back said he’d do three for a quid. Obviously, the person behind the till didn’t get the memo, as he tried to charge me £3…nah mate, I advised him to have a word with the guy out the back, and indeed, he then only charged me £1. Now I await the barrage of 0 comments calling me a greedy fecker.

Last stop of the day was another YMCA… The one in Hartlepool. I’ve had good results from this shop in the past… The items don’t get sorted as much as some other shops, so you can end up with some quality finds….

Something that I’ve been collecting for a little side project, are “knock-off” CDs. Take the songs from a famous artist, get someone else to record them in the style of the original singer, and sell them for much cheaper. These have been around since recorded music became a thing

A prolific manufacturer of these is/was Prism Leisure. I have no idea if they’re still in business, but, like this one, they released CDs along the lines of “Hits of {artist} as performed by Studio 99”

I have a couple of these now. Corrs, Britney Spears, Celine Dion, to name but a few, and they’re all absolute garbage! I have others too, the collection is coming along quite nicely.

And finally, I bought this. 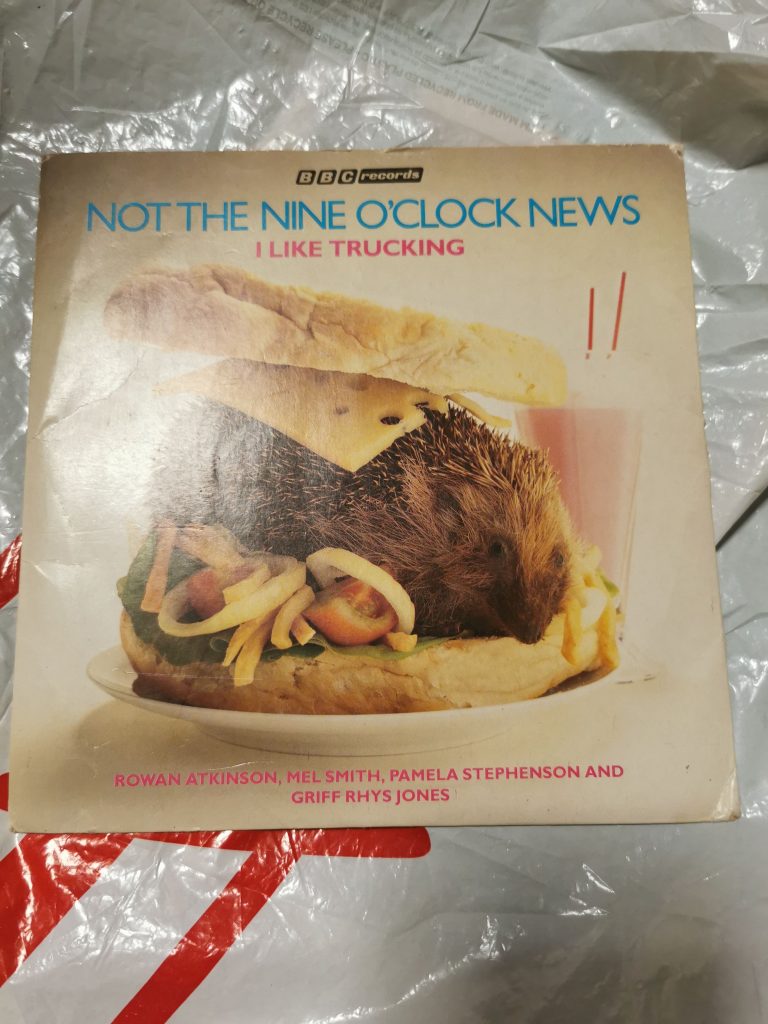 I don’t think this needs explanation!

21 years. That’s a lot to take in. I’d have been sat in a very similar position this time on Sunday, 4th November 2000, behind a keyboard with my legs underneath a desk, as I open my Blogger account, and begin typing about my day, my dreams, my banal, inane life as a 20-yr old Hartlepudlian. At 41, however, the world is a completely different place, and I’m a different person. Everything electrical has a blue LED in it…. Back then, they’d have only been invented 7 years ago. Blogging is a completely different scene too I had friends with blogs, but they’ve all come and gone. the rise of Myspace, and Twitter, then Facebook and Youtube quickly put paid to spending hours toiling over a keyboard. You could allow your audience to have small chunks of your mind without committing reams and reams of text to the ether.

As you know, I don’t really post much on here now. I used to joke about my “both of my readers”, but it’s ofrficially down to zero. I’ve not had a comment on a new post for years now. the only comments that come in now are hits from Google. I suppose I have to type something for people to read, but when I spend hours and get no feedback, it seems such a waste.

I know I say this every years, but I do have plans. Maybe go into more of a “Charity Shop Shit” type vibe, and start talking about the crap I’ve picked up in charity shops. Make that the permanent fixture. At least after 21 years of doing this bollocks, the bloody site will have a theme of some sort.

I’m sure you’ll be interested to know (lie) that I still do “blog” now, it’s it’s all private. I like “photo hoarding” where I take hundreds of photos when I’m out somewhere, and then add the details to the photos themselves via the IPTC information… Here’s an example from last Saturday…

Right, so that’s the celebration over with. I can’t believe I’ve kept it going for so long… here’s to another 21 years! There’s a chance I might have received that fucking Desmonds record by then…

It’s taken nearly 5 months, but today I received confirmation that my vinyl copy of the Desmonds theme is on its way…

Just a quick note to say that Happy People Records shipped your order and it’s now on its way:

I can’t believe this is literally the only thing I’ve had to blog about for the past 6 months (lie: there’s been loads of stuff, but the only hits on this site now are from bots, so what’s the fucking point?) but even this could be coming to a close! I shall, of course, do an update when it lands through the portcullis of Mercuryvapour Towers.