I was recently nominated in a post on Facebook to post 10 albums, one a day, that mean something to me. The rules were to originally not add a description, and just post the cover, but that’s changed as it’s went on. I’m blowing that *right* out of the water, by only posting an abridged version on Facebook, and then the full waffle on here. After all, it’s the perfect platform!

I’m starting off with “Bridge of Spies”, by T’Pau. 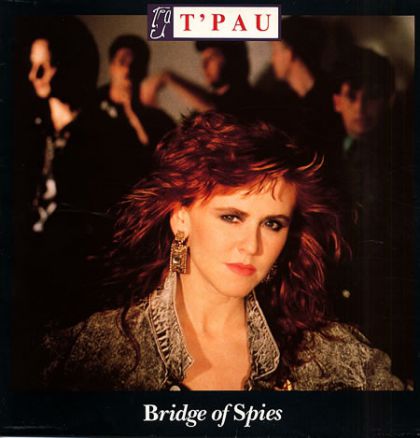 I’ll be very surprised if I’ve never mentioned this album on here before, as it’s one of my favourites. Let’s start from the beginning. I must have been about 8 years old. At that age, I never really had pocket money. Any money I did manage to come by, went on ZX Spectrum games and magazines. I always had an interest in music, but had no way of acquiring it. Funds were dry, and I didn’t have any way of recording stuff from the radio. Now, Chad (yes, the same Chad who often trolls my spelling on here) obviously saw a gap in the market, and sold me a cassette tape. On it was a really badly recorded version of the afore-mentioned album. In fact, I’ve definitely mentioned this on here, as I have a photo of that exact tape already uploaded on here… 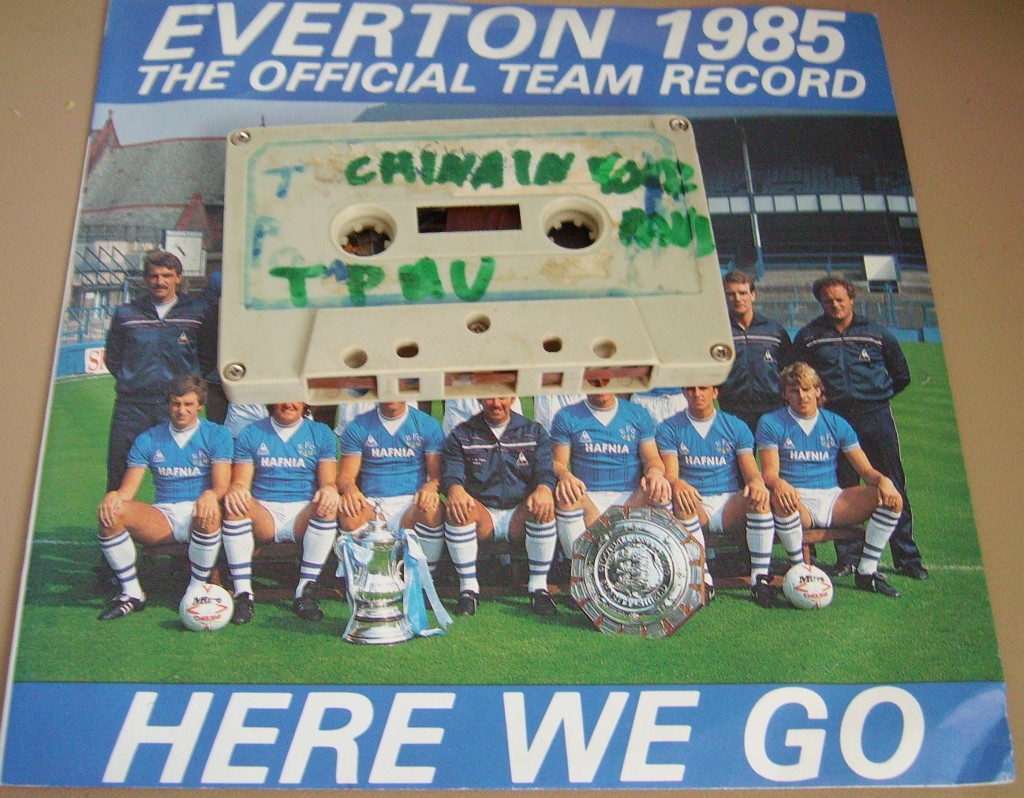 Honestly, this recording was shocking. Both sides managed to fit on one side of a C90, but whoever taped it originally had got the sides mixed up, so side 2 played first, followed by side 1. Personally, I like this running order much more. It starts off with the piano intro of “Bridge Of Spies” and finishes with the upbeat instrumental section of “Sex Talk”.

And, for that reason I’m going to give the album another listen, and play the tracks in the order that I remember them…

01. Bridge Of Spies
A great opener, and one of my favourites on the album. Great instrumentals, great vocals. Also contains a false ending which leads into an instrumental section. The album quickly goes into track 2, and until I actually got a proper copy, I always thought that the first opening bars of “Monkey House” were part of this song.

02. Monkey House
Fast-paced nonsense about “mental hygeine”. There’ll be no more dirty looks, and no more dirty looks. Indeed. The lyrics always bring an image of an Orwellian society, though I didn’t know what it was back then. Another instrumental section, and some strangely distorted guitars.

03. Valentine
Onto the slower paced songs now. “Valentine”. I’ve come to appreciate this one a bit more than what I used to. This was the first track in the album to be released as a single. Over here anyway. “Bridge Of Spies” got a US single release

04. Than You For Goodbyes
Probably the low point of the album for me. If I was to fast forward a track, it’d be this one. That’s a thing. Each day, I’ll name a track that I’d fast-forward. Just for funsies. Anyway, it’s a slow plodder that doesn’t get anywhere. Carol’s vocals are still great. The expanded version of this album features “Thank You For Goodbyes Rides Again”, which is an upbeat reworking of the song. Infinitely better in my opinion, though they do just seem to give up half-way through and ended the song. It sould have been so much longer!

05. You Give Up
We’re back to the great songs again. The song starts with what sounds like a hammond organ warming up, and finishes with the same. Another upbeat tune that also has the hammond solo in it. Overall a great track. On this remastered version, you don’t get to hear much of the afore-mentioned organ powering down, as it quickly segues into…

06. China In Your Hand (Reprise)
This was always a strange one to me, as I never really saw the point of its existence. Obviously, listening to the album tracks in the right order, puts this after “China In Your Hand”, but it’s basically the 2nd portion of the album version, shortened, and instrumental. Even when listening to the album properly, it just doesn’t need to be there. Did they have some spare tape?
Was the album running a minute short? “Oh, just stick that on the end”.

07. Heart and soul
As I mentioned before, my original recording of this was really quiet. Therefore, the extended fade-out of the above song, and the long one-note intro that fades in, made it seem like a really long period of silence. I absolutely loved this song. It was like two songs in one. You have the chanting backing vocals, with Carol Decker’s vocals over the top. I listened to this song many times to decipher both sets of lyrics. I even remember writing them out at one point, as I heard them. No idea how accurate they were. Overall a brilliant track.

08. I Will Be With You
We’re back to the slow ones, but this one isn’t bad. Happy memories of listening to this, playing on the c16 that Chad sold me after I blew up my Speccy. This song was always the fore-runner to the big hit…

09. China In Your Hand
A song written about Mary Shelley’s Frankenstein, which “plucked violin” synths throughout. Recorded in two versions, one for the radio-friendly single release which is shorter, faster and clocks in at a minute shorter. This album version is more structured. Again, that’s personal opinion. I guess you like whichever version you grew up listening to. This was mine. I also have the demo version, and another strange version I found on a really cheap compilation, which was really good. So that, er, makes 4 versions. This one’s the classic though. Listening to it gives me an image of the blue dusk sky, as me and my dad cross over the Peterlee flyover in his works Transit van, with this playing on the radio. Odd, seeing as I’ve heard it so many times in so many places – that’s the one that my brain decides to commit to ROM.

10. Friends Like These
The song that follows the big hit. An absolutely lovely little ditty, and a great tune. Starts off with the opening bars of “Abide With Me”, then into another fantastically crafted tune, and the most sing-along chorus of the full album. This was also available on the “China In Your Hand” CD single, though they fade it out for some unknown reason. There’s not even any mix between this and the final track, which is…

11. Sex Talk
Released as a single, but recorded as a live version and under the name “Intimate Strangers”. This one was always a mystery to me, as even as a kid, I heard the lyrics “I don’t know when I got so wet”. Obviously at the time, not knowing exactly what the song referred to (spoiler: it’s about two people who called one of those 0898 sex lines, and are clearly mastu(YES, We get the picture – Ed.)), I didn’t know what that meant. The lyrics booklet had it printed as “I don’t know how I got through it”. Oh, I think we know which one’s correct, don’t we! Can I check those fingernails? (Too far, Jamie. – Ed.) Ahem. The track finishes with a brief instrumental section, and that’s it. That’s version of the album I grew up with.

—————–
So, that’s the album. I’ve got nothing else to do so I might as well give a little bit of info on my purchases of this album. First off was an original tape off the Hartlpool flea market, probably back in 1995 or 1996. Think I paid a quid for it. Everything was original. I go and play the tape, and some arsehole had taped Pink Floyd over the top. Absolutely fuming. Bin!

Next up was the LP. This was the first time I’;d heard some of the songs as they were supposed to have sounded. My record player probably wasn’t the best at the time, but it was as close as I was going to get. Next up was the CD. A bit scratched, probnably from the flea market again. Played perfectly though.

At some point, I picked up the “Demos” album that was released. As far as I know, this only came out on (official) MP3 download, which I purchased) though some of the tracks made it onto the 37-track expanded version of the Bridge Of Spies album, and the 4-disc Virgin Years” compilation, both of these I also own.

Right, so that’s day one over with. I hope you found it informative. Probably not, but thanks to the lockdown you’re going to have 9 more days of this crap. Be lucky, stay well, keep off the streets, don’t touch each other, remember to have your pets spayed or neutered and warning: this surface may be hot. See you tomorrow! Maybe.